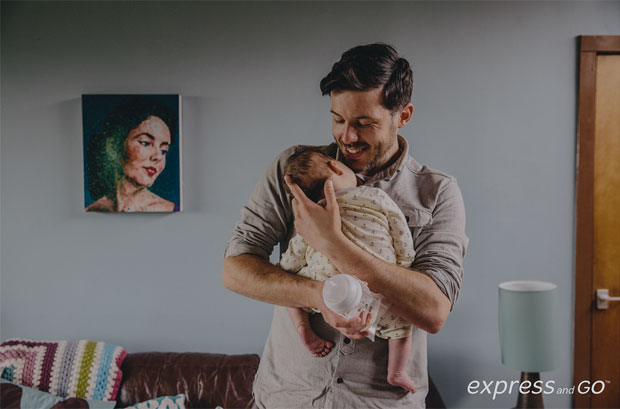 It’s World Breastfeeding Week… And Dad’s Got This! #DadsGotThis

This week is World Breastfeeding Week and to celebrate, Tommee Tippee have launched a campaign called Dad’s Got This (#DadsGotThis). The campaign highlights and celebrates the role dads can play with supporting mums who breastfeed.

During this time, dads often don’t get the feeding bonding time that bottle fed babies who get fed by both parents might get, so Tommee Tippee want to celebrate the fact that dads of breastfed babies can get this bonding time with their babies too and give their partner some well-deserved me-time at the same time using the Express & Go expressing system. 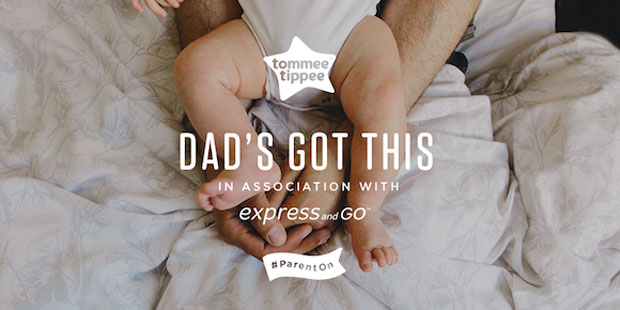 A recent survey showed that over half of breastfeeding mums would breastfeed for longer if they could share responsibilities with their partner and 7/10 mums wish dads had breastfeeding abilities too!

Tommee Tippee can’t give dads mums’ breastfeeding superpowers, but they can equip them with the new Tommee Tippee Express and Go system that makes expressing easier and allows dads to be more involved in those precious breast milk feeding moments with their babies.

Express and Go uses one single pouch to express, store, warm and feed breast milk. There’s no need to transfer milk at any stage so you’ll never lose precious drop. This clever system has just won the Prima Baby Gold Award for Most Innovative Product of 2016.

“To celebrate World Breastfeeding Week we’ve commissioned a photo shoot using real-life dads to capture honest and intimate feeding moments between dad and baby. We all know dad has a special role to play in baby feeding but it’s understandable if he sometimes feels left out, especially as 76% of mums feel breastfeeding is vital to bonding with their baby. The Express and Go system allows dad to be more involved with those precious moments of which the photography captures brilliantly.” — Kiera Day, Head of Marketing at Tommee Tippee

Dad Jonathon who took part in the photoshoot says: “It’s great that a brand is championing dads’ role in early parenting. Both Otto and I have loved being part of the Dad’s Got This campaing and the ease of the Express and Go system means it’s not just nappy changes for me from now on… I’ve got this!”

See the full series of photos this week on Tommee Tippee’s social media channels and on their online retail partner Amazon. Look out for an amazing giveaway too where Tommee Tippee will give away 10 Express and Go Complete Kits and £250 of Amazon vouchers.