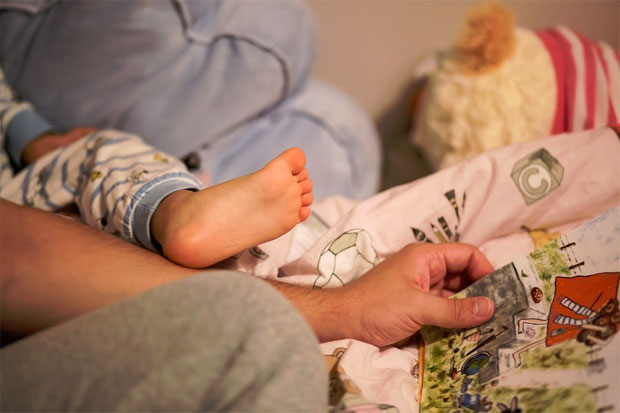 Modern Kids Missing Out On Traditional Routine of Bath, Book and Bed

The traditional childhood routine of “bath, book and bed” could soon be consigned to the history books, according to a new study.

Researchers carried out an in-depth study of parents into bedtime routines – and discovered 74 percent of parents now regularly give their kids a quick shower rather than a bath.

A further 74 percent of the parents who took part in the study, claimed their children preferred screen-time rather than a book before bed. A staggering 42 percent allow their children to watch TV at bedtime, with a further 28 percent allowing them to play on I-pads, phones and laptops. According to the report, 20 percent of primary school children now watch TV in their own rooms in the evenings, and 15 percent play computer games before bed.

And when it comes to ‘lights out’ more than half (53 percent) of parents said their kids have no set bedtime, while a further 5 percent say their children can go to bed when they like. In addition, 89 percent of parents admitted that they let their children stay up “too late.” Worryingly, 45 percent said they keep a light on all night to stop their children being scared of the dark. 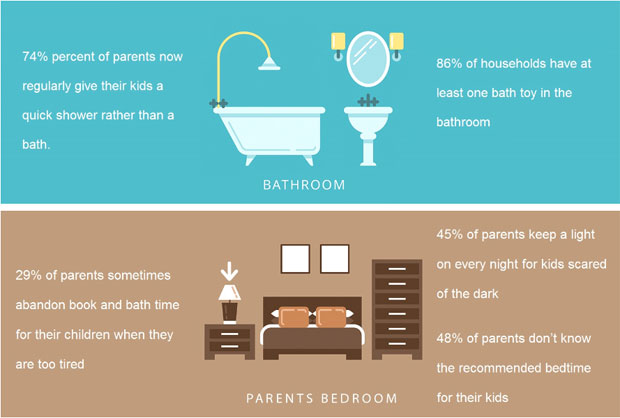 Psychologist Dr Becky Spelman said: “Children need a lot more sleep than adults. Their bodies are growing, and their minds are developing. Without sleep, they risk poor school performance, poor social skills and a range of other problems. Above all, children thrive on routine. That is why having a fixed bed time (which can always be slightly different at weekends or on special occasions) preceded by a series of predictable events, such as a soothing bed-time story, is the best start to a good night’s sleep.”

“This routine is also important “quality time” when parents can be available to their children, giving them their full attention, in case they are worried or scared about anything that is going on in their lives. Most children will sleep better, and have fewer night terrors or bad dreams, if they have had a chance to share the things that are upsetting them with a trusted adult. Neither adults nor children should engage with screens for at least an hour before going to bed. The blue lights in screens engage the most “alert” parts of the brain, and make it difficult to get to sleep, and hard to achieve deep, refreshing sleep.” 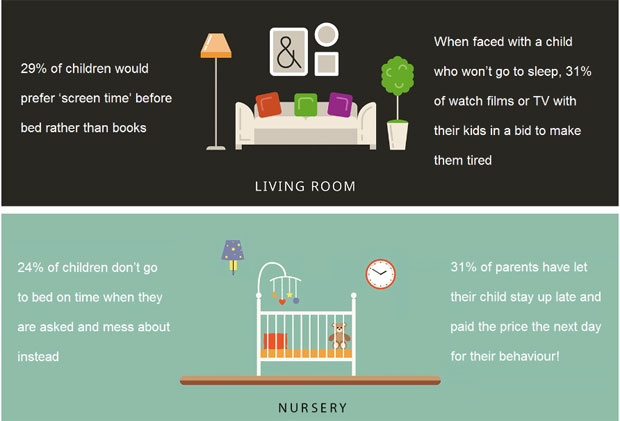 “You might feel that if your kids have got into poor habits around bedtime, it is too late to turn things around – but it isn’t! Pass some simple rules and expect everyone to follow them. For instance, have all the people in the house – adults as well as children – put their mobile phones and other screens into a big bowl an hour before the kids’ bedtime, and make sure they stay there. If your child has a TV in their room, bring it downstairs. Instigating some healthy rules now will make all the difference!”

Chris Evans from LEDHut.co.uk who commissioned the study of 1,000 parents with primary school children commented on the research: “The survey has revealed some shocking insights into children’s night time habits! No fixed bedtimes, coupled with parents leaving the light on for their children all night means that our children are simply not getting enough sleep. Creating the right atmosphere is important and lighting plays a big part in that, dimming the lights or using warm shade LED bulbs will create a calm environment.

“Rather than waste electricity by leaving a light on all night, we would recommend using an energy efficient LED night light instead, which will prevent complete darkness but not interrupt healthy sleep.” 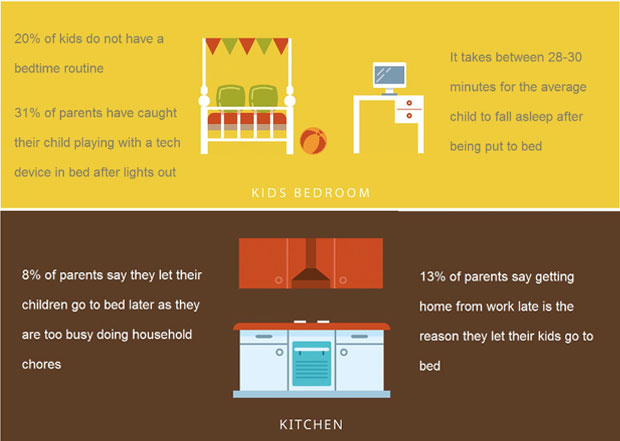 Reasons for not putting children down earlier ranged from being too busy catching up on household chores (8 percent), the children play up too much when it comes to going to sleep (24 percent) and parents get home too late from work (13 percent).

And when we finally get them to go to bed it takes the average child 29 minutes to get to sleep.

And a further 50 percent say that even when they do put their kids down they have caught them playing on iPads, laptops and phones when they should be asleep.

This is a Press Release.