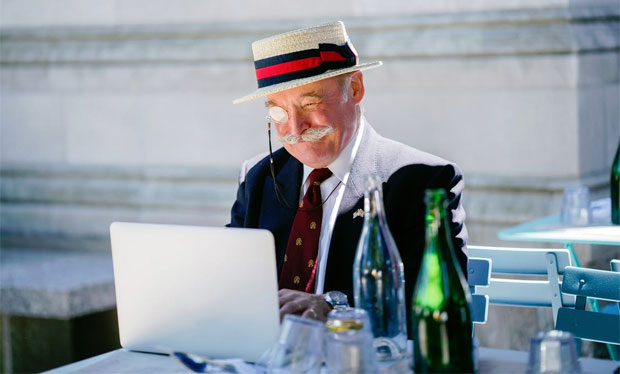 The Relationship Between Elderly People and Technology

Some of the older generation seem to have grasped the use of technology and use it daily — they have smartphones, know how to Skype and have their own Facebook profiles. But, does it depend on what country you live in as to whether the older locals have a grip on the latest technology?

For many of us, using the internet has become a part of everyday life. You probably use it to read the latest news, check the weather forecast or use it hourly at work. But, is the older generation as reliant on the World Wide Web?

Research showed that in the UK  41% of adults aged 75 and over had recently used the internet when asked in 2017. This illustrates a 20% increase since 2011, showing how widespread the internet has become over the past seven years.

The stats differ for the older generation in the US. Figures show that 64% of over 65s were internet users in 2016. There was also a 46.4% growth reported in US internet users over the age of 55 from 2014 to 2017, with around half of American seniors say that they now have high-speed internet at home. This is a 4% increase on 2013.

Of all internet users in Germany, 29.6% of those were aged 50 and above as of January 2017 and in France, 48% of people aged over 70 were internet users in 2016. Compare this to the 100% of internet users who were aged 12-17 and it’s clear to see the generation gap when it comes to getting online. In Belgium, 35% of the population that were aged between 65 and 74 admitted that they had never used the internet at all.

In an ageing population like Canada, where they have more over 65s than they do under 14s, how do the figures differ? In 2019, experts forecast that 53.4% of over 65s will be internet users. And, in the technological hub of Japan, 44.3% of over 80s who accessed the internet said that they did so at least once a day, along with 48% of those aged 70-79. 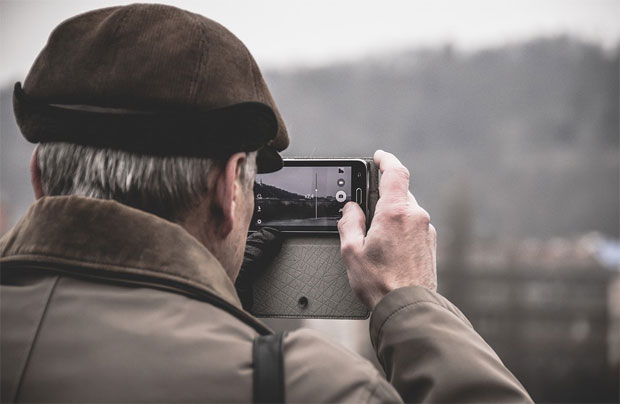 Access to the internet has never been more available, with libraries, music venues and now even cafes dedicated to providing internet hotspots for their customers. Many of us have these tiny touchscreen devices at hand which have the answer to our queries, connect us with friends and provide us with useful information at the tap of our fingers. Some iPhone cases can even double up as a wallet, so have the older generation realised the potential of these devices?

45% of over 55s in the UK used a smartphone in 2016. This seems like quite a significant figure, however, when you compare it to the fact that 97% of under 25s used a smartphone, it’s clear to see how age affects the use of technology. There are lots of interesting Cell Phone Deal Stats too.

Due to the fact that elderly people have not grown up around technology, it is recommended that they get assistance whenever they get a new device, should they require it. Around three-quarters of Americans over 65 said that the statement, ‘When I get a new electronic device, I usually need someone else to set it up or show me how to use it,’ describes them very, or somewhat well. Also, only 26% of older internet users said that they felt very confident.

The assumption is that many believe that the elderly don’t understand the technological advancements and are not willing to learn how to learn, but findings prove otherwise. In fact, 58% of adults aged 65 and over said that technology has had a mostly positive impact on society. Of course, it can depend on annual income and disposable income as to whether an elderly person owns a smart device — 81% of older Americans who earned over $75,000 said that they owned a smartphone while only 27% of those who earned less than $30,000 owned one.

The younger generation are more receptive to advancements in technology, such as online banking and contactless payments, even paying via their watch, which the older generation have still yet to grasp. With one simple tap of the debit card, something can be paid for instantaneously.

Just 20% of contactless users in the UK are 65 and over — suggesting that they are welcoming the new system. More people are jumping on board too, 55% of over 65s have used the tap to pay service, up 3% from 2016. Saga supported this research too, saying that one in five over 50s use their contactless cards up to three times per week. 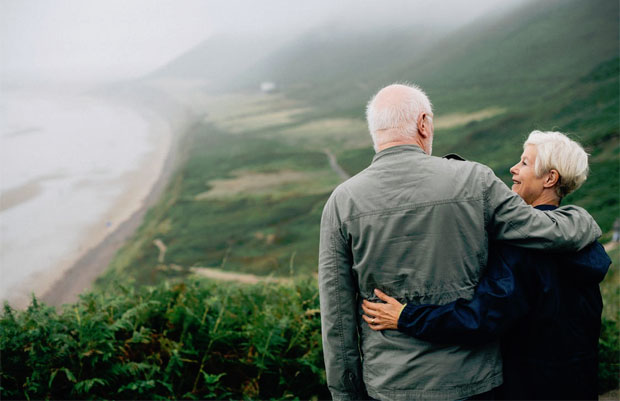 The internet provides a platform that allows people of all ages to stay connected with the rest of the world. Through Twitter and Facebook, people can read instantaneous news from their local area and worldwide. And, with downloadable apps, smartphone users can receive notifications of the latest headlines. Is the older generation accessing news in the same way?

21% of over 50s in the UK now go to social networks as their main source of news, due to the speed at which rolling news stories are uploaded. This could mean logging onto Facebook to see what the latest status’ are or checking what’s trending on Twitter. In the US, this number rose to 26% with 70% of older Facebook users saying that they log in to the site daily. In fact, there has been a reported change in the demographics of Facebook users — with the number of 12-17-year-olds who use the site declining by 9.9% in 2017.

The stats from Canada show that the internet trend is appealing to the older audience — with 25% of over 50s heading over to social networking sites to find out the latest headlines.

When you compare countries with each other, it’s clear to see the technological habits differ within the mature generation. Eventually, it’s likely that the majority of the older population will understand the benefits of technology and come to accept it as a way of life. In the meantime, younger people should be educating their elders on how to use the devices and how it could enhance their daily activities.

This article was brought together with Acorn Stairlifts, retailers of curved stairlifts.

This is a Guest Article. Contains a sponsored link.