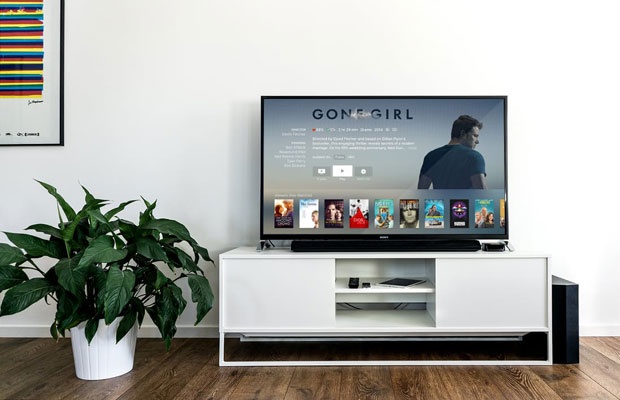 5 Fun Films To Watch On Mother’s Day This Year

Mother’s Day is nearly upon us, and at this point it’s a little late for major plans. But sometimes all your mum wants is to spend some time together – and perhaps feel the way she did when you were younger, and the family was all under one roof! One idea I’ve always liked in this regard, for anyone who still lives close to home, is to do one meal or activity out and then return to the house to relax and spend time together. For instance, you might take your mother out to lunch or dinner and then go back to the house, put on a film, and simply relax together.

The clear follow-up question is, which film? Naturally you could go with anything you know the both of you enjoy, and there doesn’t have to be a family or mother/child theme. But I’ve done some thinking about some recent films that would be excellent to watch together on Mother’s Day, and thought I’d share in case anyone needs a last minute idea.

Lady Bird has unfortunately been in the news for the wrong reasons of late, after it was snubbed at the Oscars. But mere weeks ago it was looked at as a Best Picture contender, with director Greta Gerwig, lead actress Saoirse Ronan, and supporting actress Laurie Metcalf up for the top awards in their categories as well. Largely a coming of age story, this was a charming indie dramedy that took a close look at some of the struggles that often exist between a mother and a teenage daughter. While the relationship between “Lady Bird” (Ronan) and her mother (Metfcalf) is tense for much of the film, it’s all still pleasantly realistic, and can make for an excellent mother/daughter watch. But aside from all that, it’s also widely regarded as one of the best films of 2017.

Needless to say there isn’t a much better “girl power” film in recent memory. Before 2017, Wonder Woman was essentially an afterthought on the superhero scene. There had been some failed cinematic efforts before, and she featured in an arcade slot game called “Justice League Slot” with a theme concerning an attack on Metropolis and the assembly of DC superheroes. But in 2017, the character accelerated well beyond B-movies and online games, and into modern superhero cinema. Director Patty Jenkins and lead actress Gal Gadot did a wonderful job with the portrayal, which is essentially about the coming of age of a remarkable young woman. Particularly given that it starts in Wonder Woman’s homeland with her family (all women), it’s another that’s an excellent mother/daughter movie in particular.

Like Lady Bird, this is something of an indie charmer that took 2017 by storm unexpectedly. Though it didn’t receive its own Best Picture nomination, Kumail Nanjiani and Emily V Gordon were nominated for Best Original Screenplay. They wrote the movie to chronicle the story of how they met and fell in love in real life, with Nanjiani – known as a comedian and an actor on HBO’s Silicon Valley – playing the role of himself. While it’s primarily a millennial rom-com, The Big Sick also has a lot to say about the relationships between parents and grown children – particularly when love and tragedy enter the mix. In its own way it’s a powerful family film that mothers, sons and daughters should all enjoy together.

If you’re just looking for a film that celebrates the love and devotion of motherhood, Joy is one to revisit. This 2015 film took some hits from audiences for revolving around the relatively dull concept of the invention of the miracle mop. It was also viewed by many as little more than a star vehicle for Jennifer Lawrence (though she is truly every bit the star in the picture). But more than anything else it stands out for its powerful depiction of the love and devotion of a mother making ends meet. As one review concisely wrote, Lawrence’s Joy is struggling to combine motherhood and work (while living with her own invalid mother no less). It’s not always a happy movie, but it’s certainly one that’s appropriate on Mother’s Day.

This is yet another coming of age story, and a film that really didn’t get its due. While it was given very good ratings and viewed by many as the best indie of 2016, it didn’t get any serious award consideration and seems to be fading into obscurity a little bit. This was actually a fairly delightful film about the struggles of an American teenager (played to perfection by Hailee Steinfeld). While there’s less involvement on the parent side of things, it’s still a fun Mother’s Day watch simply because it will take the family back to a time of simpler troubles. It’s likely to earn a lot of laughs in this regard and a good choice for what to watch on Mother’s Day.