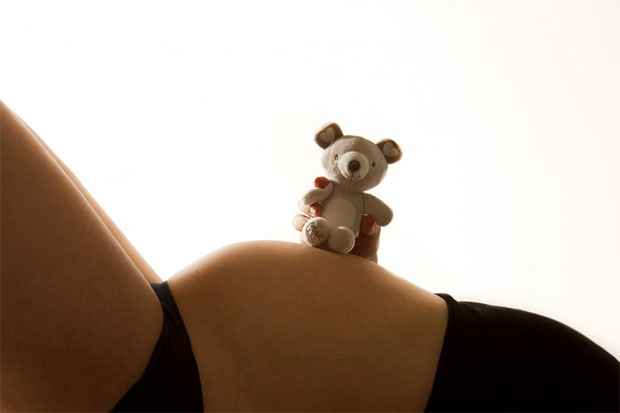 Weird Pregnancy Symptoms I Had Before Taking a Pregnancy Test

In the week or so before I could take a pregnancy test on the first day of my missed period when trying for our second baby, I was already experiencing quite a few symptoms. Most of them were pretty normal — like a new type of abdominal pain, some lower back pain, increased hunger (carbs!) and extreme tiredness. I also experienced breakouts and suddenly I was very emotional and sensitive and would cry very easily.

It’s crazy how many changes you can experience so early on in your pregnancy! I had a couple of weird symptoms too. The first one was a dry patch on my lip which wouldn’t go away with moisturising. I never get any sores or anything like that so it was very strange. It went away a few weeks later and then I realised it must have been something hormonal.

The strangest symptom though, was that my toddler, who was about 1.5 years old at the time, suddenly became really interested in my belly! She started laying with her head on her side on my lower abdomen — pretty much exactly where my uterus is. She had no idea that we were trying for another baby and she wouldn’t have understood it anyway at that age. She had never shown an interest in laying like that before but suddenly she took every chance to put her head there. It’s like she somehow knew that something was happening there. It was strange and a bit spooky — especially when we confirmed that I had been pregnant during the whole time she did it.

Have you experienced anything similar? Did you have any strange pregnancy symptoms before taking a test?