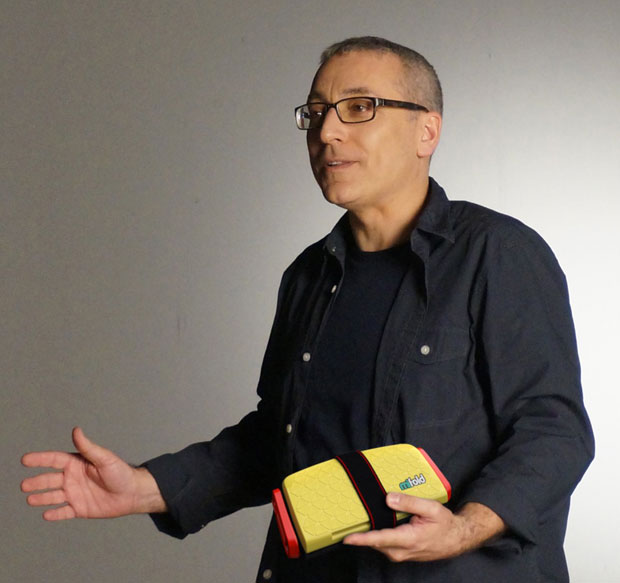 An Interview with a Visionary – the Inventor Behind the mifold

Today I would like to share an interesting interview with Jon Sumroy, the inventor behind the revolutionary mifold.

The mifold Grab-and-Go Booster Seat is the most advanced, compact and portable child car safety seat ever invented. It’s more than 10x smaller than a regular booster seat and just as safe.

The ﬁrst ever patent for a booster seat was issued more than 50 years ago. In 1963, Dean C. Hunter ﬁled a US patent for the “Safety Seat” – a box that lifted up a child and held a lap belt in place across the bones of the child’s hips. Today, half a century later, boosters are essentially the same. mifold changes this. Instead of lifting the child up, mifold does the opposite and holds the seatbelt down to ﬁt the child.

With mifold there is no longer any excuse. With a compact and portable device, a child can easily keep one with them all the time and drivers can keep spares, without cluttering up a car and losing cabin or luggage space. With mifold, a child can always be safe no matter whose car they are in.

What inspired you to design mifold?

The inspiration came from my own needs of being a parent. Back in 2000, I was living in America, and my kids, who were little at the time, were involved in car pooling with various neighbours.

There were numerous occasions when my kids would be in someone’s car without the correct booster seat, or even without one at all as it was diﬃcult to transfer the bulky booster seat each journey.

I wanted a way of having a car seat that was so small that my children could keep it with them in their school bag and eliminate these situations.

However, at that time, I was working a full time job and life just got busy so the idea was put on hold. But in 2012, a friend of mine sent me an article, that showed research done by the University of Michigan, had found that over half of the kids in America didn’t use a car seat when car pooling. It reminded me of my idea and I knew it should be something that I looked at again.

From idea to global distribution: can you highlight the hurdles & main milestones along the way?

It is impossible to bring a new, disruptive technology to a mature market without facing challenges and we have dealt with many. Developing a load restraining mechanism, robust enough to withstand the forces in a crash test, while keeping the product tiny was our main challenge.

Another issue for mifold was persuading the various regulatory authorities that such a unique product could be classiﬁed as a booster seat. No one had envisaged the mifold design when the regulations were drafted. However, we demonstrated that mifold not only met the standards, but exceeded it in many ways and performed very well compared to the existing products on the market.

Having said that, there have also been so many great successful milestones for us in this short period of time.

We successfully completed three rounds of fundraising worth several million pounds from investors around the world. It is a wonderful feeling to have people support your idea like that. Then we ran a crowdfunding campaign to pre-sell the seats. We set a target of £30,000 for the two month campaign.

A highlight was when we achieved the £30,000 in less than two hours and went on to pre-sell more than £2m from 130 countries worldwide.

A personal favourite was ﬂying to the USA to hand deliver the ﬁrst mifold and seeing them being used by children for the ﬁrst time.

Finally we received the ‘Create the Future’ design award from NASA which was a true validation and endorsement of the product for the business and the entire mifold team. 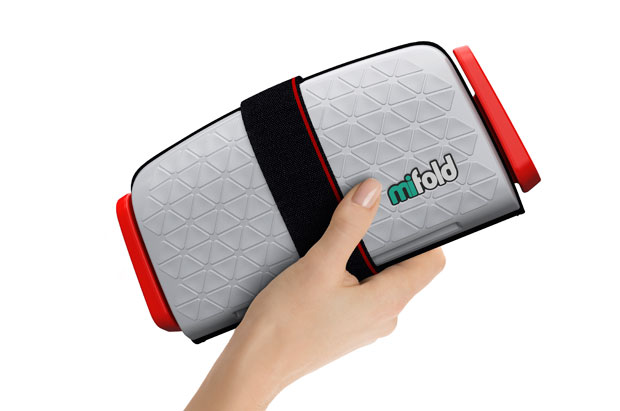 What would you say has been your greatest achievement so far with mifold?

As I mentioned above, there have been many highlights.

However, the greatest achievement was a simple post on our Facebook page. A mother Kylynne H. posted that she had been in a collision and two of her children, aged 8 and 6 years old were restrained with mifold Grab-and-Go booster seats. She wrote “I know without a shadow of a doubt that my kids were saved because they were properly placed in booster seats. I have been wondering how the mifolds would withhold a wreck, and I am now 100% conﬁdent in saying they work!! My babies are safe!”

What more is there to say? 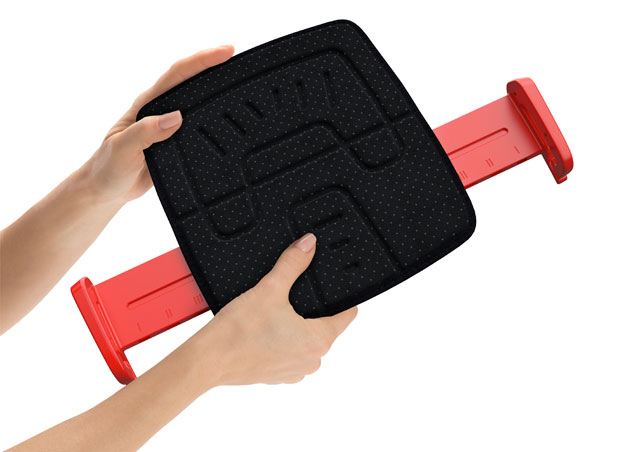 How does the mifold ﬁt into the mix of car seats sold in the UK?

The mifold Grab-and-Go booster seat has not been created to replace the existing booster seats but instead oﬀers a totally diﬀerent idea. It has been designed to make sure that people can use a mifold in those times when a regular booster seat is not available.

There are many journeys where children do not have a booster (in fact we estimate in as many as 25%) such as car pooling and the school run, with grandparents or other relatives, in taxis, on holiday, in rental cars, sitting three-in-a-row and so on. And this does not include bigger kids on the border of the regulatory limits, who do not want to appear babyish in front of their friends, who have already outgrown child restraints.

We want to eliminate these risks completely and with mifold we have created a solution. With a compact and portable device, there are no excuses, a child can always be safe no matter whose car they are in. The mifold makes life easier yet keeps the child just as safe as any of the other booster seats do. 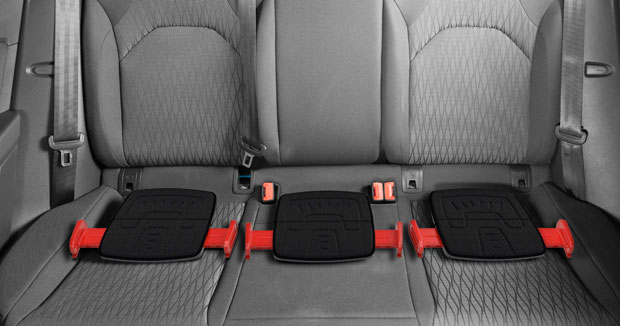 As said above, there are many situations where a booster seat is either not available or it is simply too hard to transfer from one car to another on a daily basis. We noticed this was a safety gap that needed to be filled and quickly.

Due to the fact that the mifold is so compact and portable, it means a child never has a reason to not be in a car seat.

Those journeys, such as the ones mentioned above, are all examples of situations when children are often found to not have a booster seat. We have made it so that should never be the case again. 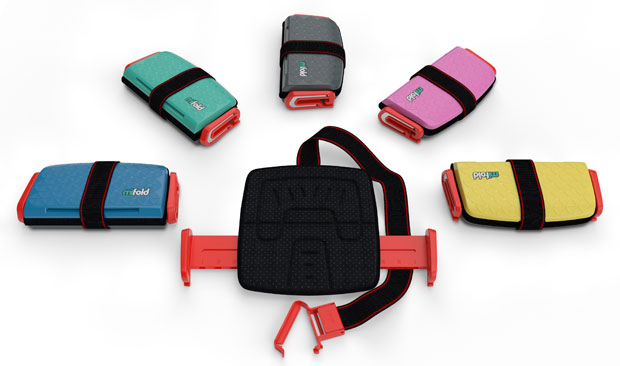 Can you expand on the speculation regarding UK booster seat laws and your message to concerned parents to ease their minds?

The law is in fact very clear. Existing booster seats and cushions such as mifold are NOT aﬀected by the new rules coming into force. This has been clearly stated by the government and can be seen on their website using the following link https://www.gov.uk/government/news/new-child-car-seat-rules-no-change-for-existing-booster-seats

mifold have been crash tested multiple times in testing facilities around the world and have successfully complied with the performance requirements of all these regulations.

The European regulators whom we received the EU ECE R44.4 safety regulation from are entrusted with monitoring the safety of children in cars.

Their commitment to continue to license all existing booster seats for sale and continued use, including mifold, is their recognition that booster seats are a safe, well-established, practical, proven and cost eﬀective method of restraining children in cars.

This is the reassurance that our product is safe. 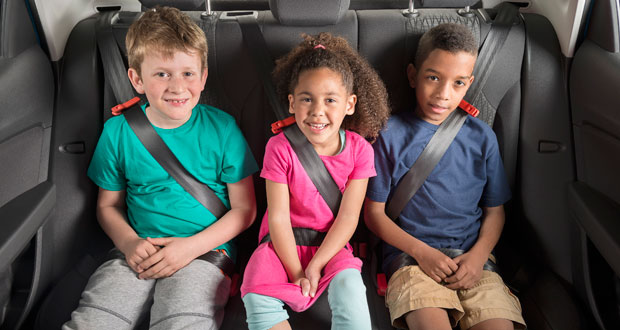 Fast forward 5 years – what do you see for mifold?

In just 12 months we have developed successfully from a simple idea to a successful crowdfunding campaign and finally to having mifold in the retail market. In another year from now we will have more exciting products to oﬀer and we hope to continue to develop and grow year after year.

To answer your question specifically about five years, we believe you will see us competing with the best companies in our industry and be internationally recognised. Our hope and vision is that every child will be carrying a mifold in their backpack and every family will have several of our products in their cars, backpacks and other places. 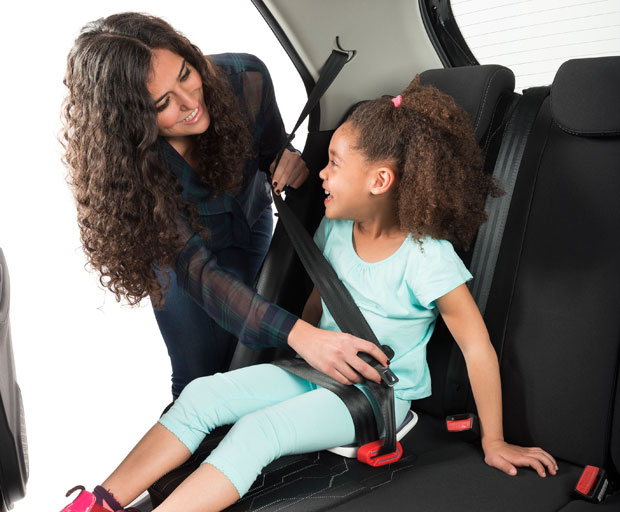 Any new inventions in the pipeline?

At the moment, we are a one-product company! However, we have a number of new exciting products in the pipeline, which we will be introducing within the next few years.

What 3 qualities do you believe a person needs to have in order to put their great idea into motion?

Where can mifold be purchased?

mifold is now available in the UK from John Lewis and other selected retailers for £49.95.